Most Popular Fad Diets. In today’s fast-moving culture, more and more dieters are drawn towards a quick fix and are encouraged to follow a fad diet normally promoted by a celebrity.

The scientific basis for these diets is often weak, and over time they may deprive dieters of essential nutrients, be too extreme to keep consistent with, and in some cases even lead to health problems.

Though fad dieters sometimes notice fast results at first with the most popular fad diets, the body often returns to its former weight as soon as ordinary eating habits are resumed, and the excluded calories or food groups are reintroduced.

Here is a breakdown list of 3 of the most popular fad diets in recent years.

The Atkins diet was invented in 1963 by Dr. Robert C. Atkins following an article he read in the Journal of American Medical Association.

He published two books in 1972 and 2002, revising his guidelines over the years.

After Atkins’ death in 2005, new authors published an updated version of the diet.

The basic principles of the diet are to limit the consumption of refined carbohydrates, for example, bread, pasta, and rice, and instead to eat plenty of protein, fat, and fiber.

The original guidelines permitted dieters to eat as much meat and cheese as they liked, however, the updated version advises against this.

This ‘low-carb’ approach starts a process of ‘ketosis’, which occurs when insulin levels in the body are low, encouraging the body to switch from burning glucose to burning fat. 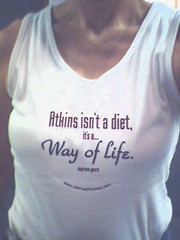 At its height of popularity between 2003 and 2004, almost 10% of North Americans were on Atkins, including a number of high-profile celebrities.

Like with all fad diets, however, people quickly moved on, and the following had dropped to just 2% by 2005.

The Atkins diet has been the subject of controversy, and dieticians continue to argue about its medical consequences, both good and bad.

Another sore point with dieters is the expense involved in buying meat and seafood.

Partly responsible for the misperception that carbs are ‘fattening’, the Atkins diet neglects the benefits of unrefined carbohydrates in weight loss.

Anyone who has ever filled up on bread at a restaurant before the main course arrived will know that these filling, slow-release energy foods can play an important role in appetite management.

GI stands for Glycaemic Index and refers to the rate at which blood sugar levels rise after eating.

Foods with a low GI include fats, proteins, and most fruit and vegetables.

Unprocessed carbohydrates such as wholegrain bread, pasta, and rice, have a lower GI compared with their white counterparts.

Conversely, high GI items such as sugary snacks and drinks cause the notorious ‘sugar crash’, giving the eater a short burst of energy quickly followed by feelings of lethargy and hunger.

Although there are significant health benefits associated with following a diet that includes low GI foods, high GI foods also play an important role, for example providing a much-needed energy boost after exercise.

Like other fad diets, the low GI diet risks putting food into two groups – high and low; good and bad – when the motto of any good diet is ‘balance’.

Dr. Pierre Dukan’s protein-based diet plan originated in France around 30 years ago, though it wasn’t until the publication of his book in the 2000s that it came to popularity.

The diet is separated into 4 phases, ‘attack’, ‘cruise’, ‘consolidation’, and ‘stabilization’.

In the short first phase, the dieter must stick to a list of 72 permitted high-protein foods, which broadens to include 28 specific types of fruit and vegetables in the second phase.

To supplement the lack of dietary fiber, particularly in the first phase, dieters should consume oat bran on a daily basis throughout the plan. 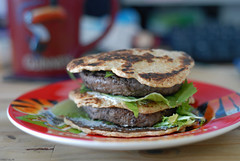 By the ‘consolidation’ phase, other food groups are reintroduced as part of an ordinary diet, and the weight loss is maintained with a few lifelong rules, including a ‘protein day’ once per week.

The diet has been criticized for its exclusion of healthy foods, including fruit and vegetables, depriving dieters of vitamins and minerals.

If you are planning to lose weight do it the right way: make an appointment with your GP, who will be able to help you come up with realistic targets, meal plans, and exercise regimes.

Once you have a solid idea, remember that with any diet change, consistency is key.

Look at it as more of a lifestyle change, rather than a ‘diet’ and you will be able to stay with it for longer.