Many people may not comprehend just how big of an impact that tennis has had on the fashion industry as a whole.

In general, all sports have had some sort of influence on fashion in one sense or another, and tennis has possibly had the biggest impact of them all.

There are a number of ways that the game has impelled fashion and there are many people who are accredited with major trends in the fashion world.

At the US open in 1987, Chris Evert halted her play because she had dropped her diamond bracelet somewhere on the tennis court. From that time on, major jewellers like Tiffany decided to create their own bracelets in Evert’s style and penned them as tennis bracelets. 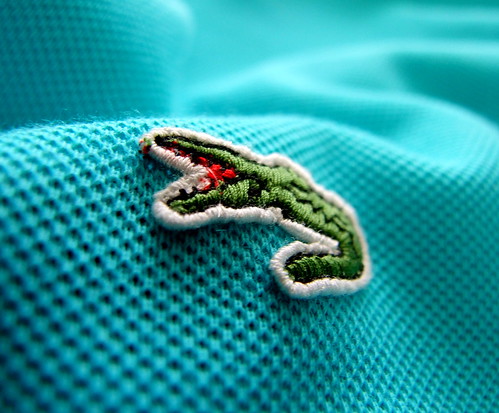 Rene Lacoste was a tennis player from France that developed a clothing material in the 1920’s that could breathe better. This jersey type material is still popular today and is now seen all over the courts as well as other areas.

The polo shirt was donned from that first encounter, with a lighter fabric that had shorter sleeves; and it had a collar that was much more comfortable for players.

Lacoste polo shirts became very popular during those days and today are seen in every imaginable sport.

Jean Patou was a French fashion designer and in the early 1920’s he designed the risqué calf-length tennis dress which shocked spectators. He persuaded the tennis champion Suzanne Lenglen to sport the ‘daring sleeveless wear’- which before that day, no-one had ever seen a woman tennis player showing so much skin.

Today however, tennis clothing is much more geared toward comfort and game play than ever before. Those shorter skirts gave way to even shorter ones that allow female players to move freely without constraint.

Other fashion designers soon followed the lead of Patou and began designing tennis clothing that was more comfortable and more fashionable.

Women in tennis during the earlier years of the game played in full length dresses with long sleeves and other garments that were anything but comfortable.

Today, tennis has had a major impact on the fashion world, not only for clothing worn during game play, but for clothing designs in general.

The popularity of the game helped to nudge designers into creating more sporty clothing that is as comfortable as it is attractive, and that trend continues even today as more and more consumers find the need for ease whilst exercising, and the desire to look fashionable at the same time. All Black Everything! – Top 7 Essentials for Gym-Goers