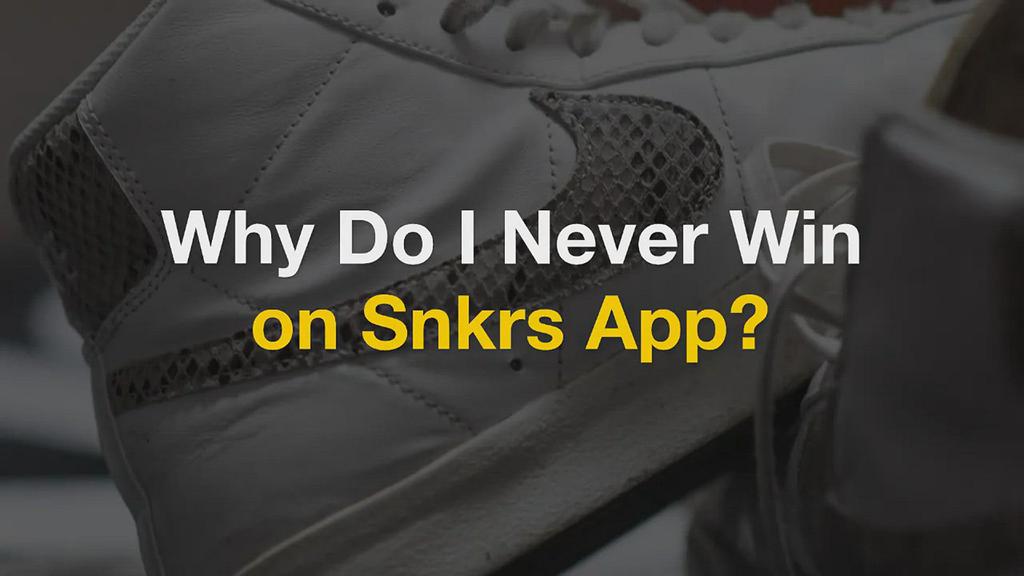 Why Do I Never Win on Snkrs App? - How to Increase Your Chances of a Win